A ghost may come;
For it is a ghost's right, 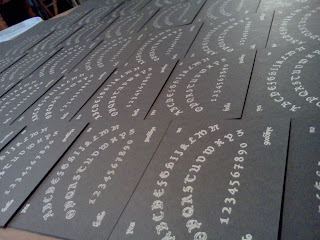 We're working on a French fold of a poem composed by multiple spirits -- stay tuned! It will be done soon!
Posted by Nate at 12:43 PM No comments:

Q1: What is the working title of the book?
A1: Leave of Absence.

Q2: Where did the idea come from for the book?
A2: From my belly.

Q3: What genre does your book fall under?
A3: Invasion.

Q4: What actors would you choose to play the part of your characters in a movie rendition?
A4: Marcello Mastroanni, Catherine Deneuve, Paul Newman, Brian Dennehy, Julie Delpy.

Q5: What is the one sentence synopsis of your book?
A5: Lose Everything and Then Take to the Sea Headless.

Q6: How long did it take you to write the first draft of this manuscript?
A6: 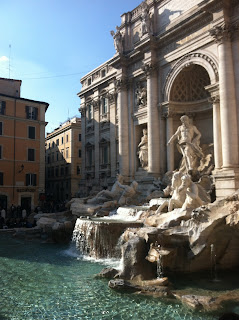 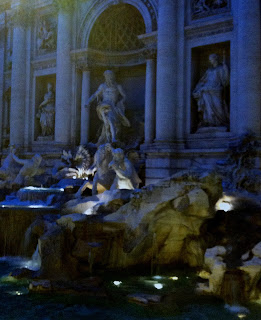 Q7: Who or what inspired you to write this book?
A7: The poetry and non-poetry of my friends, my family, and the poems happening in the cracks of everyday life. Leave of Absence measures itself against the Day and Sun Project. Other inspirations include César Vallejo, Susan Sontag, peonies, Joanne Kyger, Michelangelo Antonioni, the city of Barcelona, several well-executed dinner parties, Lake Michigan, soft grass, Joan Didion, train rides, and my niece, Penelope. Love, of course, inspires. There’s another book before this book called, The June Cuckold and Other Tragedies. In all candor, both books are fueled by love sickness.

Q8: What else about your book might pique the reader’s interest?
A8:  When you boil its pages, it will turn into a lamb dumpling. (You’re on your own as far as yogurt is concerned.) In other words, I want you to eat this book, for it to return to belly.

Q9: Will your book be self published or represented by an agency?
A9: Can there be a third way called, “Transcribed by Rebel Monks in Candle-Lit Caves?”

The Next Big Thing: Kaplan

Check out Genevieve Kaplan's self-interview regarding settings for these scenes, her new chapbook that Convulsive Editions is thrilled to be releasing at AWP next week!
Posted by Nate at 6:19 PM No comments:

Email ThisBlogThis!Share to TwitterShare to FacebookShare to Pinterest
Labels: Genevieve Kaplan, interview, settings for these scenes

The Next Big Thing - Hoks

I was tagged by Toby Altman, in this relay interview project called "The Next Big Thing."

What is the working title of the book?

-Where did the idea come from for the book?

-Who or what inspired you to write this book?

A combination of: having a child; spending time as a "stay-at-home" dad; getting magnetized by poems I read; trying to crisscross the boundaries between self and other; having a body; digging tunnels between zones of experience; burrowing in general; my lover's taco-shell lips.

-What genre does your book fall under?

-What actors would you choose to play the part of your characters in a movie rendition?

-What is the one sentence synopsis of your book?

"I was in love with the apple tree, the invisible city that seemed to be growing inside it."

-How long did it take you to write the first draft of the manuscript?

About 1 year. Other drafts took other years.

-What else about your book might pique the reader’s interest?

It has many pictures in it!

-Will your book be self-published or represented by an agency?

Email ThisBlogThis!Share to TwitterShare to FacebookShare to Pinterest
Labels: interview 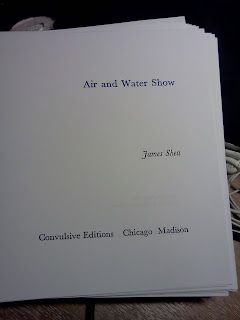 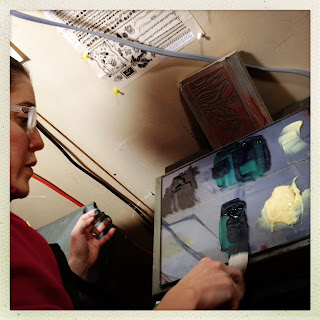 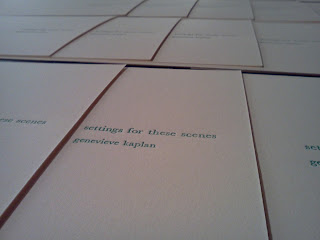 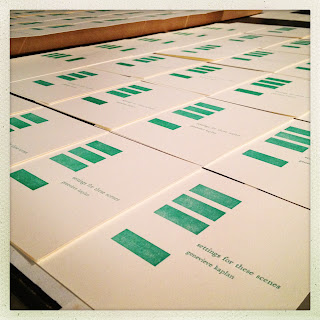 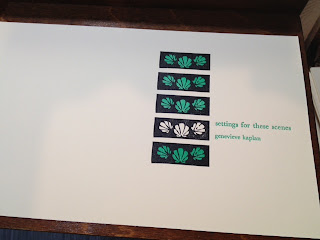 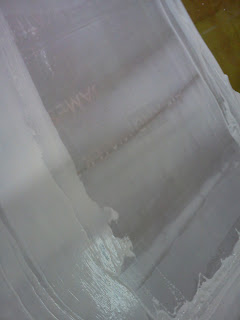 Convulsive Editions is learning to screen-print! I pulled so many copies of this cover that, after 20 or so I was printing solely from the left over ink on the squeegee & whatever was pulled back on the flood coat. 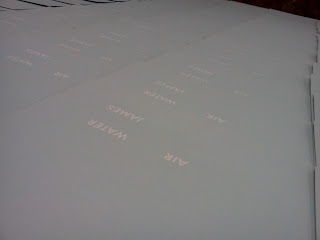 And the covers of James Shea's forthcoming chapbook AIR AND WATER SHOW are now half done!
Posted by Nate at 11:31 AM No comments:

We're taking advantage of the holiday to do some shop work, typesetting our next project, James Shea's Air and Water Show, a 16-page chapbook entirely letterpress printed & saddle-stitched by hand in an edition of 50. Due to release in March, 2013. 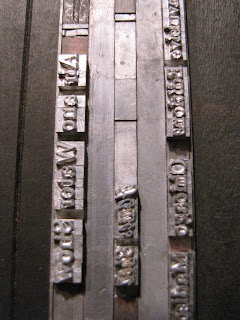 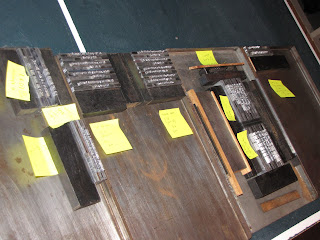 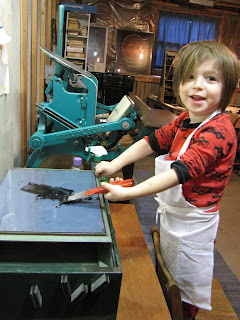 Our printer's devil getting the ink ready to pull some proofs!
Posted by Nate at 8:04 AM No comments: 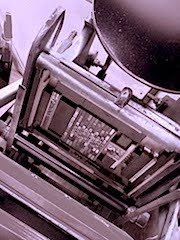